What is "waking up" and living this human, and are you ready?


I realized a few years ago all these groups, like religious, social, political, even some environmental, and others, are created by those who run the show on earth to put people in the debates, disagreements, fear, and resentment, so we spend our life-force and be unable to live and walk free, tied up in our energy and focus on the manufactured disagreements. So is all the new age, spiritual and neo advaita are from the same forces to make people either overly focused on perpetual seeking to transcend the ordinary state of mind, or inert and pacified after half-way transcendence. Therefore everyone need to follow someone, without a group we are feeling incomplete and lost what we are doing here. We need someone to show us direction and to tell us what is correct or not.

Truly awake man does not look for the direction from others, does not need to follow the leader, does not need to affirm his intent by belonging to a group, or affirm his awakeness by concepts. To be truly awake the mind transcendence is not enough.  The vertical journey of the mind expansion must be accompanied by moving on the horizontal plane by maturation, growing as an adult, clearing the mind fixations, opening the heart to see divinity, and love humanness in everyone.

The inclusive grouping, shunning people, pushing people away who just start to raise their head, who start questioning the direction of the leader, who start to be curious and not blindly following, would be worthy to notice, but we are so blindfolded, unable, and feared to be outcicled, we keep silent and inert. We remain in the middle of the herd, assured we have a warm and comfortable place to stay as we are, protected in our disempowerment.  And this is exactly what forces at play want: that we are either under the illusion of living as a small separate human beings, or we are under the illusion that we are awake, still directed by others, unable to be the true human we are.
We are given a carrot that we follow with all might, something under the idea of “freedom”, and we spend all life following the carrot, wasting our life force and creativity, only to arrive to exhaustion.  Unable to orient ourselves, we fall into following gurus, leaders, teachers, methods, trying to keep ourselves in relative comfort, settling on the imaginary freedom from the previous state of mind, only to be imprisoned by modified state that has nothing to do with real freedom.

We do feel it at times, the discomfort, but we rather tuck ourselves further into the warm company of the same lost group with just the same lost leader, who just has bigger balls to say they know, or they depend by their livelihood on proclaiming themselves a leader. Did you here the saying: “Blind leading the blind?” Welcome to modern times of humanity, and spirituality as well.

And so this is all created so we stay either under the illusion of been small disempowered humans, or we stay as separate groups that are in constant debates with each other, like religious groups, political, social, spiritual, and all kinds of congregations. We loose the sight of who we are, we spend energy on perpetual movement that does not go anywhere, it’s a circle that we are running around with an impression we live a purposeful life. This is exactly what they want us to do, spending our time here as a slave to hidden agendas in the Matrix.

It is more elaborate then any movie can portray.  What gives a chance to glance out of the prison is complete honestly with yourself, and even that might not work, since one simply is not able to have the level of honesty needed, unconsciously been conditioned from the early childhood to be a slave of the thinking mind.  This is a human condition, and the only way out is to wake up to who we truly are as Consciousness itself, and when we have a glance of the fullness of our being, instead of grasping for the leader’s skirt, or holding on to the groups, walk out, and make your own path through rite of passage of maturity as a human being.

Anyone who did not make their own tracks in the mud, but keep up with tracks of others, are not awake, but hypnotized by their own mind that they are, keeping themselves from real freedom. You will tell me yes it’s true, but this very teacher and his method is correct. I will still tell you leave your false lifeline, leave it behind, and step into unexplored, unfamiliar, scary at first, life outside familiar circle. Then only you will have a chance. This act itself will give you what you need in order to let go of mind fixations, life will support a true warrior, but it’s an outwardly lone journey.
Are you are ready? 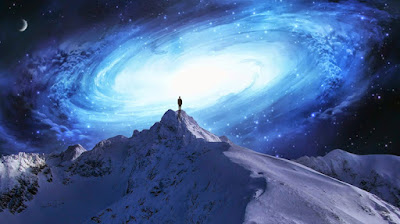