We are not getting older! 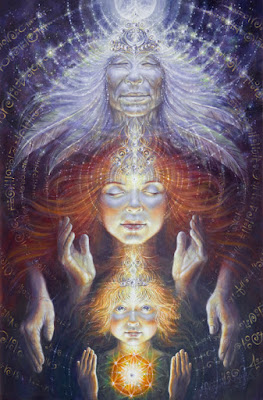 I wrote this story, recalling the experiences of awakening. I would call these experiences also a spontaneous direct introduction to the natural state of being.  These experiences does happen to many, especially in a childhood, but we forget. The mind, coming back to it's usual everyday contraction from such an experience, forgets it completely, especially if we were very young.

If these experiences happen to us spontaneously when we are adults, without proper preparation, mind doesn't know how to interpret it, and it only can assign the meaning it knows: "Wow, I had an amazing trip!"

The experience of the natural state of being happens beyond the usual dwelling of the conceptual mind, which does not have any access to the wisdom of the expansion, therefore all the interpretations by conceptual mind would be at best, incomplete, undervalued, or in a contrary overly emphasized, and in both cases not assimilated properly. I will take you in my story into some of the experiences and try to point to the essence of it.  It may facilitate some remembrance in you, and maybe integration of the similar experiences, or you might simply enjoy the story.

I was in a silent retreat, and most of the days we were sitting in meditation. It was 2009 and I was 42 y.o.  I was 15 years into spiritual search, and I was on a peak of the intensity of the seeking. I left Gurdjieff way and Vipassana meditation behind, and was trying something else.  A teacher named Adyashanti caught my attention, and I ended up in his week long retreat in Omega Institute.

After the mind settled in the first couple of meditations I introduced it to a series of questions.  “Where is the leg?”, I asked innerly, and I found myself looking at the leg.  “Where is the hand?”, I asked again and found myself looking at the hand.  Surely as the question was asked, the attention went there. “Where is I?”, I asked.  Suddenly, the I who was asking the questions, was gone. The attention pointed me back to myself.  My body was sitting on the cushion, and looking around, and I was everything that sees.

The state of being aware, cognizant, but not being bound to a character, continued several days. During those days I was meditating, walking in the forest as usual, and on one of those walks I experienced very peculiar happening.

There is a story of Buddha’s awakening under the Bodhi tree. The story says that at one point the special faculty of the mind arose in him where he remembered all the lifetimes he ever lived. I didn’t have such an experience, but somewhat similar to it: all the instances of the same mind state of pure awareness, Presence, that I experienced in this lifetime, but forgot, were brought up now as clear visions, one after another.

The scene in an airplane came as a vision, in the identical mind state. I was a baby, I myself don’t know how old I was, and I can’t ask my mom, she died many years ago. But I was definitely younger then 2 y.o, because I remember myself in a crib on an airplane.  The bassinets for babies, little cribs that airline provides have restrictions on the age and weight of the child.  I looked it up, and for some airlines it’s 6 months, 12 months, the oldest age restriction I found for American Airlines is 2 years old.  We were flying on the old Russian aircraft Tu-134, probably their age restriction was on a lower range.  I now assume I was around 1 year old.

We were flying from Kamchatka, the most eastern peninsula of Russia to a Russian capital Moscow.  The flight was very long, and I was sick.  All this my mom told me later. At that time I didn’t know any of it. I was simply looking up, as a baby would.  And now, 41 years later I was recalling what I actually saw. I wasn't a baby. I was looking at my body in a crib in dimmed lights. I was not a baby in a crib, I was aware of a baby in a crib and I was aware of everything.  I was pure unbound awareness in which all these images were taking place.

After this vision on airplane, still walking in the forest in a retreat, I experienced next instance of a similar mind state.  It was in a hospital this time. I woke up in a delirium. Same state of Awareness, looking: the bleak hospital room, the body laying in bed, under the white cotton sheet that was soaking wet from the sweat. The ill girl was 5.  There were neon lights on some apparatus over the body, and a transparent tube going to the small white arm. Then there was a needle going into the arm, held by white mesh bandage wrapped around it.  As soon as a needle appeared in awareness, the fear arose in that space, and immediately a body reflex jerked the hand.  The needle cut the little arm and red color flooded the scene, soaking the white bandage with blood.  This scene of blood over the hand and a feeling of fear contracted awareness back into the body.  Spaciousness and awareness just a second ago became the form of a little girl with a sharp pain in her arm.

While I was still walking in the forest, several experiences floated to the surface of the mind, completely taking me for a vision ride, as soon as I was done with one vision, the other one would change it. I will describe one more of them. Now I was in my early 30th, in a Gurdjieff Way retreat they call “work period”.  As a part of the retreat there were special dances called sacred movements.  This was my first work period, I never done these movements before. I was totally lost with steps, trying to follow everyone else.  The movements were very complicated, and I didn’t feel anything else besides tension and pressure to hurry up with making movements, since I was trying to get at least something right, following legs and arms of people in a row prior to where I was, the last row on the back of the room of all beginners to this practice.  I was totally uncoordinated, and making one movement with one hand and another with another hand, while making also specific steps, was too complicated.  I couldn't even get the directions “left” and “right” right, so I was failing miserably.  Next movement was dervish whirling - a dance from the Mevlevi Sufi order, originated in the 13th century.  After the ordeal with complicated steps whirling came as a rescuer!  There were no steps to learn, no gestures to coordinate, just spin around yourself with your hands open to the sides like two wings.

As soon as I started to move around myself,  I found myself looking at the whirling body, seeing the flow of fabric making circles, seeing other fabric circles around, the room, the music.  I was a space where the whirling was taking place. Presence. Suddenly in that space of Presence along with the music and movement of the body arose a feeling of compassion to all human beings, who are trying hard in life, just like I was minutes ago trying to follow everybody in a complicated movement.  As soon as feeling arose in the space, I immediately found myself back into the body.  The feeling of compassion to a human condition turned to almost pain and deep sadness merged together in my chest, I couldn't contain it.  I ran back to the room, crawled into my sleeping bag, closed the zipper to the very top, slid down inside the bag, curled in a ball on the bottom of it, and wept.

Walking in the forest in the retreat in the state of pure awareness, recalling in my being all the instances of the same state,
what struck me the most, and didn't surprise me at all at the same time, that I was in fact, ageless.

I was not 1 y.o, and not 5 y.o, not 30, and not 42.  I was ageless, unchanging space.  Lucid, transparent, holding everything and aware of everything, space.  There was continuity to “me” which never gets any older.  Almost as I was a silent witness of the movie in which a baby became a girl, and a girl became a young woman, and a young woman became a mature woman.  And in this movie there were various scenes, circumstances and events the female character participated, changing, growing up, maturing.  But I was not this character, not any of the instances of the character - not baby, not a girl, not a woman, I was a space for this movie, a screen on which the movie was projected.  As the movie run, the screen, the space that holds ever changing images, doesn't change.  This is who we are, and I experienced the continuity and never changing quality of that.  We are not getting any older.  We are ageless. We were never born, and will never die.  This realization of agelessness and our unchanging nature that I relay to you can’t be transmitted in words, though we always try, but you must experience it directly in your own being, and in your own unique way.

The awareness of what is happening always here. It is always present, it is a ground for all the experience.  We just never notice it, we identified with the character we are, day after day, year after year, mistakenly investing our identity in the ever changing character.


Keep with your inquiry.
And arrive to clear knowing of who you are,

the natural state of being.
Eternally Ageless. 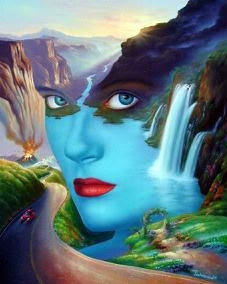