The Weather of Being 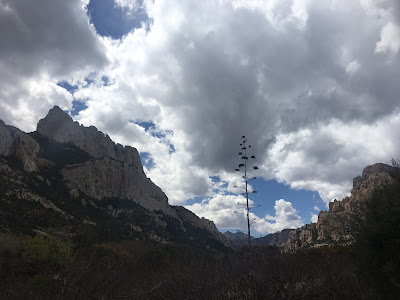 The Weather of Being

Are you in a storm right now?
Tell me, don’t hide it, my friend
You hope if you think of peace,
then peace happens?
It takes more then thinking to be at peace.
You can understand that looking at the mountain
which is simply there
without trembling.
If you say to yourself it’s all alright,
if you recite affirmations of peace,
if you keep yourself busy not to feel,
It’s like the calm before the storm.
It gets so quiet and dense in the air -
a perfect equilibrium of tension and stillness
before release from the heavens.
Beware!
What if you allow yourself to drizzle,
to be taken on the swirl by the wind
like a pile of raked leaves?
Don’t be worried about loosing your pieces!
It’s only your feathers flying.
Your colorful dresses swaying on the clothesline
on the side of the mountain,
that beholds your spirit
which is peace itself.

The gift of taking a Color of the Environment I lost myself very early, in fact, I barely remember myself being myself, un-edited by the environment, unless there was no people in it.  I felt myself only when I was alone, running in a filed, sitting by the river, observing ants and other critters, making dolls from flowers in the yard, following the design on the woolen rug on the wall over my bed.  When I was with people, I always would take a role.  I want to clarify this, I did’t know that I was doing it, I simply would take a role unconsciously, the one that would suite the situation, the one that felt the most safe, the least conflicting.

This unconscious behavior of wearing a role I picked up somewhere very early in the environment that did not allow me to be me.  So I agreed to be anything else that would keep me safe.  Later in life I would often feel that I am living someone else life, or I wasn’t really me, something always felt uncomfortable. I was trying to ease the pain of being completely lost of who I am with a spiritual search.  Light search with occasional meditation or yoga class didn’t really ease the pain, so I went all the way into sitting long retreats, years of injuries into the nature of the mind, dramatic transformations, experiences of complete annihilation of the self, revelations, ascensions, and all kinds of ions…only to stop, only to drop all that seeking and striving.  It never worked to try to find a better version of me, the more comfortable for others version of me, and later, the more elevated version of me, or even enlightened version of me. Suddenly I arrived to this bare transparency that I am.  I saw that it is a gift I carry, the gift of taking a color of the environment, soak it in, take on a certain character, a certain role that would take care of the human thing, as we can’t really operate formless in the world of the form.

No thing changed really, suddenly the characters, roles, masks were seen in its entire truth.  The freedom came from the clarity, the freedom of wearing a role with inner knowing.  Not a random role that mind would suddenly pull out from it’s roll-o-deck of available roles in a certain situation, but the one I would consciously pull out from it as the most suited to play in the moment.  More often though I would prefer not to wear a role, but just exist the environment.  I started to notice how I wear the role, how feelings, sensations, behavior that comes with a role resonates or not, do I enjoy to be that at the moment, is there element of playfulness in it, or I am uncomfortable in that role.

I am almost 50.  I am tired from random clothes, sometimes I make analogy with wearing dress that does not fit anymore.  My clothes were always tight, and I perceived them as me, constantly trying to change and improve myself.  What a freedom just to take off that outdated dress, that misfitted cardigan, belt that needed another hole not to dig into the sides of my waste, that clown hat, or “I don’t know” hat, or “I am not sure who I am” hat, and all sorts of hats that mind will readily plop on my head as soon as another human steps into the space.  Mind has the best roll-o-deck deck of the roles, and the biggest closet of outfits.  It surely thought it was doing a great job by offering me a role in a split second and dressing the character in a complete set of feelings, sensations, type of thinking, certain behavior before the eye even could blink once.  No wonder I was lost, never really encountered myself without an outfit, always dressed up.  Tightly bundled up. In a hat of "I don't know myself" that slid a bit from the forehead, but just enough to cover the eyes to keep me blind to the predicament.


By myself, alone at home, when the mind would leave me just be, I would cry out of confusion, and delve even more into spiritual seeking trying to understand what is wrong with me, how I can change, improve, how to fit in, how to be accepted, and surely as much as I tried to sort the closet, rearrange it, even update the closet with more spiritual outfits, nothing worked.  Until I clearly saw the mechanism of the mind, simple and innocent mechanism of offering the roles, based on the library of experiences. It was formed some long time ago in order to survive in the world of social environment which does not recognize the uniqueness of a free spirit that has been born not to be attached for too long to be anything in particular. It came here to take in the color of the environment and mirror it back through a human form, but it immediately was given a stuck-for-life role, the run-of-the-mill version: the silent one, the obedient, all around good girl with a big white bow in her hair that was tightly weaved into it in the beginning of each day


from the book I am writing on integration of awakening