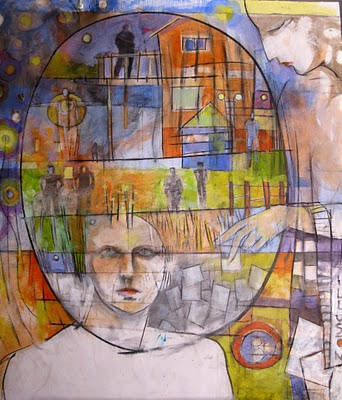 Hi Elena,
Good to hear from you!  Sorry about not replying sooner, how did 5 days rush by so fast?  Thank you for asking some fun questions.


As funny as it sounds (it still sounds really funny over here), I mustconclude that I do not exist and I never existed.

The reason I must conclude that is precisely because I cannot be found in any shape or form in this experienced reality.  Furthermore, I cannot find anybody to dispute this statement with any meaningful evidence.  The only thing that is found, in looking longer and deeper for the Me that is promised by thought, is the absence of "I" wherever the search is directed.


So what does this mean?


That "I" never existed is not to say that nothing exists, nor is it to say that Greg doesn't exist.  What it is saying is that Greg as perceived by the thinking mind does not exist.  That Greg is only imaginary, a fabrication of mind that is no more real than the details of amemory.  True, conditions that give rise to a memory are real, but the contentof the memory is not.  In the same way, the content of the mental image, thepromise of Greg is not real.  Because the content of that mental image of Greg was promised to be real and to exist, and that content is now known to beillusory, it can be said that Greg does not exist.  The promise was empty.


"I" is an idea in the head, a mental concept, and that is all.  So "I" onlyexists in so far as the idea exists.  To carry on from here represents too much opportunity to over-think the question and thinking is what created the illusion of "I" in the first place.


These are some questions that have already come from others.  If "I" don'texist, what is left?  This is the part I really love.  It doesn't matter. Arguing the deeper implications would just be a mental exercise rife with opportunity for the illusion of self to continue.  "I" is unreal so what'safter "I" a is waste of energy.  Indeed, the need for "after I" is just more"I".  Where does "I" go?  Perhaps "POOF" is a good answer.  The opportunity in every moment is to exist in that moment, not separate from it in any way. What could be more important than that?


Ok, historical ramble mode on here.  The Buddha characterized four stages of enlightenment.  Penetrating the illusion of self was one of the factors of the first stage, along with lack of need for rites and rituals, and the eradication of doubt.  However, it was said that total liberation is still not achieved due to the persistence of the most subtle forms of self conceit.  I think I remember one form of that conceit being the desire to live or die,something like that.


As someone who hit the first mark, I intend to keep practicing as before by observing non-self both directly and indirectly.  If there is a point here, it's that the self conditioning began further back than accessible memory recalls.  Since old memories are triggered out of the blue by certain conditions the resemble those at their origin, it follows that echoes of self may be deeply buried until such time as conditions support are lapse.  If they do arise, then a new awareness will be present to meet them.
How cool!
Sending love and respect,Greg