Vipassana, Spiritual States and What is Liberation, really?

I LOVE Vipassana. 7 hard-core years, how would one not love the experience?! Hundred plus of grueling silent never ending days, spent in heat, agony, sadness, fear, and all the great staff coming up to the surface of the mind to just sit there and try to observe with equanimity! And then the lightness of Being after the great undertaking! There is a lot, tons of appreciation for Vipassana in me! 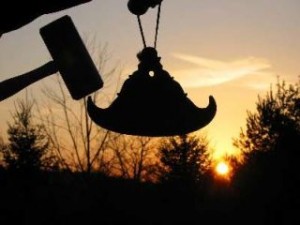 At one point I felt something was guiding me, and I made a step to explore outside of the meditative path. Tiny step sideways - I found myself in Adyashanti's retreat- something in between classical meditation and inner inquiry paths. At his retreat I had an experience of no-self state. It was very insightful and, most importantly, in the following days, all the instances of "no-self" states, even from early childhood was brought back into my memory. I saw that all these states has something in common - there was no me to own any of the experiences, be me at 2,5 years old on the plane from Kamchatka peninsula to Moscow on the lap of my mom, 5 y.o waking up in a children's hospital in a delirium, once being lucky to be invited  and experienced Gurgieff movements, sitting in the silent retreat, or in the middle of the divine sex experience, or while taking Ayahuaska plant in Ecuador, or just in my kitchen, having a sudden state, while cutting sausage to make a sandwich for my son...In any of them - all of them - there was no doer, no ownership of any kind, no structure that binds all together and name it "I". In all of these experiences - from me being 2 y.o to 42 y.o - there was no time, no age present. There was something absolutely the same - one constant that was present, and I can call it
"That What is HAPPENING"
or
"Life L-I-F-I-N-G".
No doer. None. Nada. Nicht. 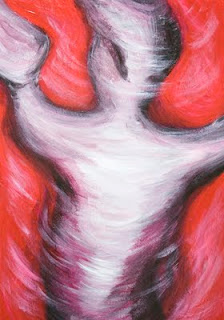 Spiritual or mystical states have their own place - they give the invaluable information that there is something beyond what we see in the ordinary life. Many times you would hear from spiritual teachers that states are dangerous. They are, if there is attachment to experience it again. And it is almost inevitable. The states are really luring. But if the wish for truth is strong, states are helpful , they gave us a shock, lasso us from the sleep.
Some people confuse apples to oranges, and its difficult to convince them that even the nicest state does not have anything to do with liberation. One can be in a state of complete unity, at the same time when it fades, feel as he is this Unity, Spaciousness, Awareness. Now instead of being just a small human self, it's much more nicer, omnipresent one!
Liberation does not have anything to do with any states. Many people do not experience any mystical states and they liberate "themselves" from the illusion - illusion of the self, something that thought to be binding this body, mind, feelings, thoughts and etc.together. Liberation is knowing that self is an illusion, it's a deep understanding, and not on the intellectual level. On the level of Being. Once it's seeing through, it is never forgotten.

Once you realized that Santa does not exist, nothing will convince you to believe again in it's existence, even if you are in the middle of Disney's Magic Kingdom, making photos on the lap of the Santa.
At the same time there are so many concepts what liberation is. I think one just need to liberate the consciousness and see it for himself. Nobody can tell you what it is. There are some guidebooks and some guides, but at the end you are absolutely unique embodiment, why not to just look and find your own truth?
Posted by Elena Nezhinsky